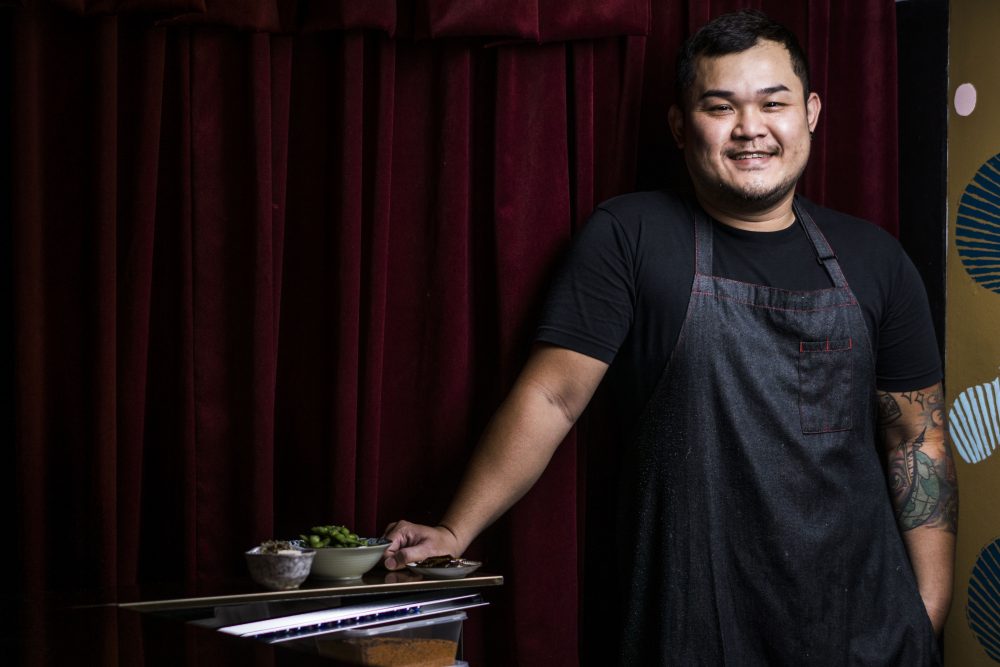 Chef Rio Neo started his interest in the culinary industry at a very young age. He grew up helping out his parents with their economic bee hoon stall and continued the tradition of making good food for the people to enjoy only in a different type of cuisine, Japanese.

Currently, Chef Neo is the Head Chef of two restaurants, which both opened within a year after another. First, it was Kabuke in August 2017 with his co-founder Keiji Heng, and in July this year, TOKIDON.

In this interview, we find out what inspired Chef Neo to become a Japanese chef, the challenges he faces, his advice for aspiring chefs and his favourite food.

Your family owns an economic bee hoon store. It would seem like a more natural transition for you to go into Chinese cuisine. Instead, you chose Japanese cuisine. Why?

To be honest, I stumbled into Japanese cuisine by chance. My first job in the kitchen was at a Japanese Restaurant and I worked in several other Japanese restaurants after that. And now I am the head chef at Kabuke and TOKIDON.

What does cooking mean to you?

Cooking for me means using different cooking methods to best amplify each ingredient’s flavours and textures. It also means cooking the stuff I like to eat. One of the greatest rewards is seeing my customers enjoy the dishes that I personally love as well. Ha!

What were the challenges you faced when you were learning culinary skills?

The main challenge is definitely the long working hours and often missing out on family and friends gatherings.

Have you thought of giving up after you encountered these challenges?

Thoughts of giving up did come up but cooking is something I enjoy doing.

If not a chef, what would you be?

Racing motorcycles. Haha. Most probably in the motorcycle trade because motorcycles are one of my favourite things.

There are a lot of competitors out there in the F&B market especially, Japanese food. Where do you get your inspiration to create new dishes for Kabuke and the newly launched TOKIDON?

I get most of my inspiration from watching cooking and travel shows on TV, as well as constantly trying out new combinations of traditional cooking and ingredients that will appeal to local taste buds.

We see the rise and fall of many F&B establishments. What do you think is the possible cause of them failing?

Most probably poor management of staffs, food costings (wastage control) and more importantly; insincere preparation of food. Putting your best efforts into each plate you serve is very important, customers can feel it when they see and eat the food.

What makes a good chef?

What is your advice for people looking to become chefs or opening their own F&B establishments?

Follow your passion if it makes you happy. As for those planning to set up their own establishments, proper planning and treat your staff well. And always invest in training your staff, they are the ones who can make or break the whole establishment.

Fun question: What is your favourite food other than Japanese food?